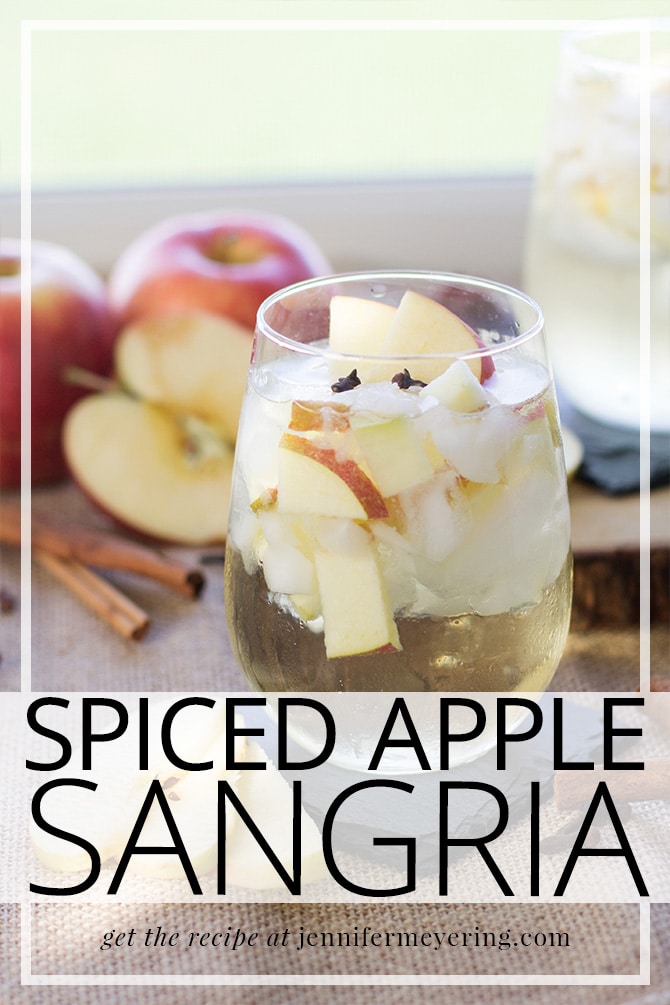 It was an absolutely amazing day outside yesterday! In Michigan, no less. Normally this time of year it’s beginning to be cold and gloomy and all you want to do is stay bundled on the couch and watch Netflix with a warm cup of hot cocoa.

Not yesterday. I was outside with a tank top and shorts on it was that warm – I think it was in the lower 70s and perfect for being outside and reading a book.

So that’s exactly what I did.

The babes and I went out on the patio – that now doesn’t have any cushions on the furniture because I had already put them away for the winter – and just played outside. She played with a few toys and I sat and enjoyed a book and a glass of this marvelous sangria.

I mean, why not? It was around 3ish and I work from home and was done with work for the day so I figured, “what the hell?” Make some sangria and sit on the patio.

There can never be enough sangria in my life now that I have fully learned how to make it and don’t think I’m going to completely fail with it.

So far white sangrias have been my thing and this one I wanted to try and incorporate some of the beautiful flavors of fall… apples, cinnamon, and spices.

Also mainly because I currently have an overabundance of apples in the house due to it being apple season so recently.

I feel like this sangria can be served over ice or just warm straight from the stove. Personally, I like my white wine cold so that’s why I served mine over ice.

However, you can really do it without the ice and it will still be fantastic… yes, I tried it that way before adding the ice.

So grab yourself a cup of this spiced apple sangria and curl up on the couch with a good book or binge watch Netflix or take it to your next holiday gathering – any of those options works – and enjoy! 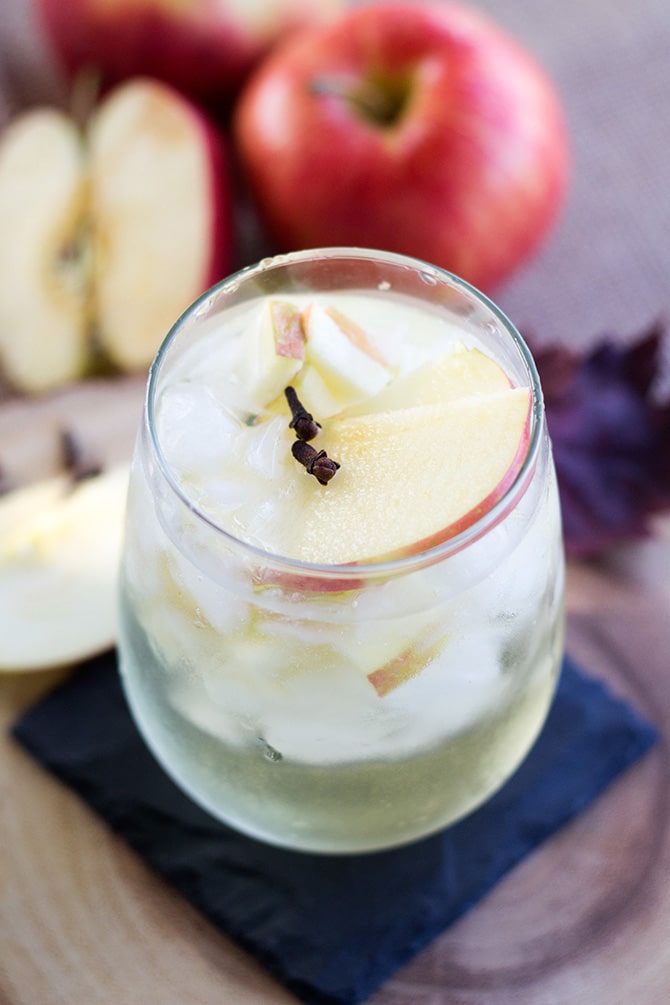 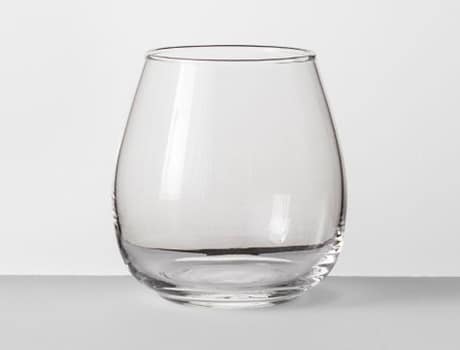 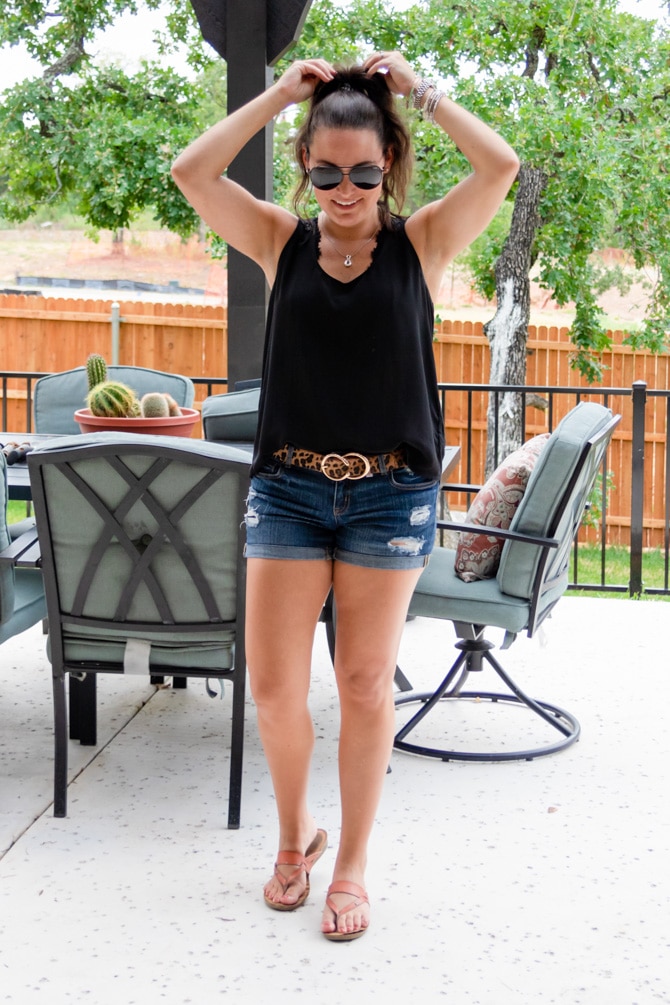 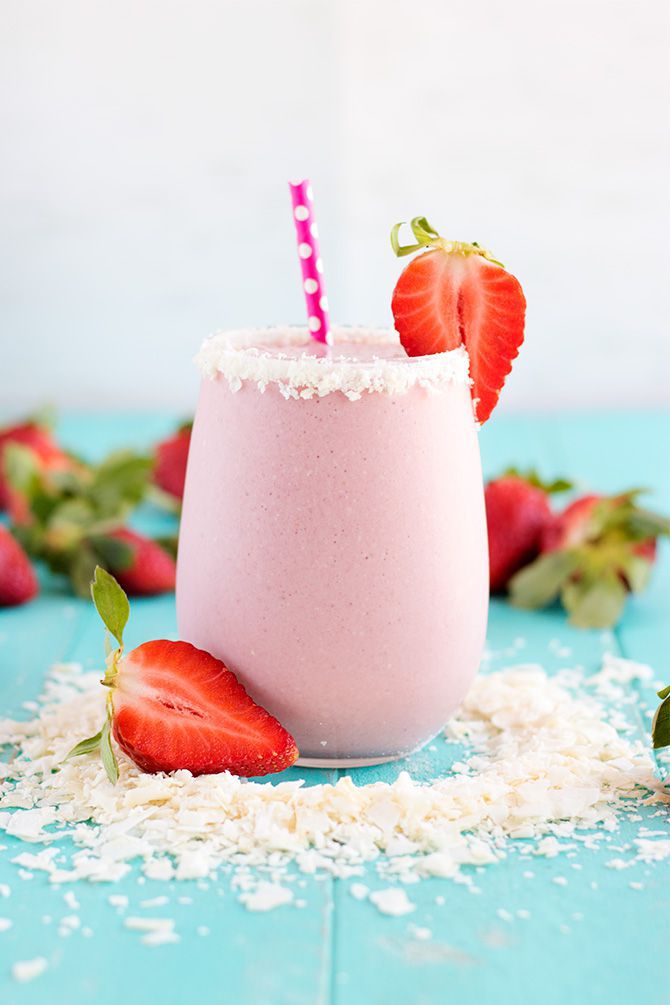 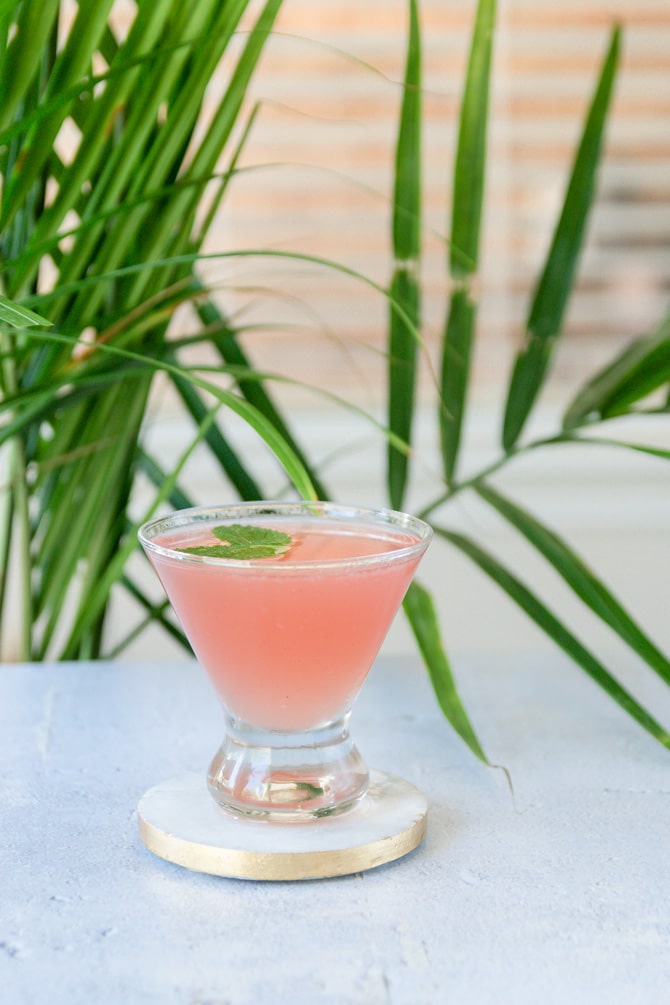 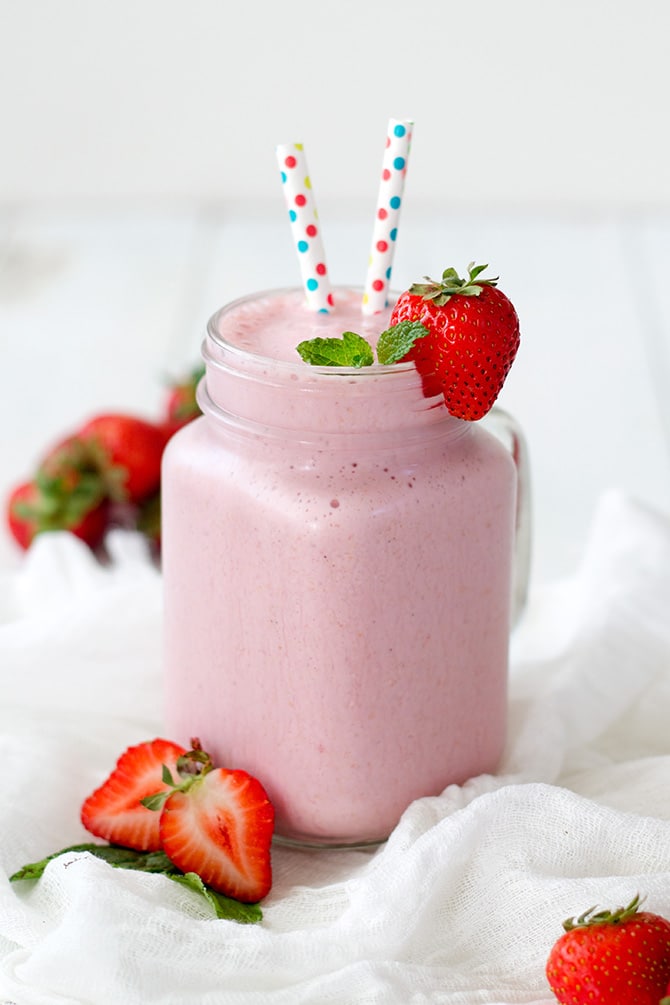 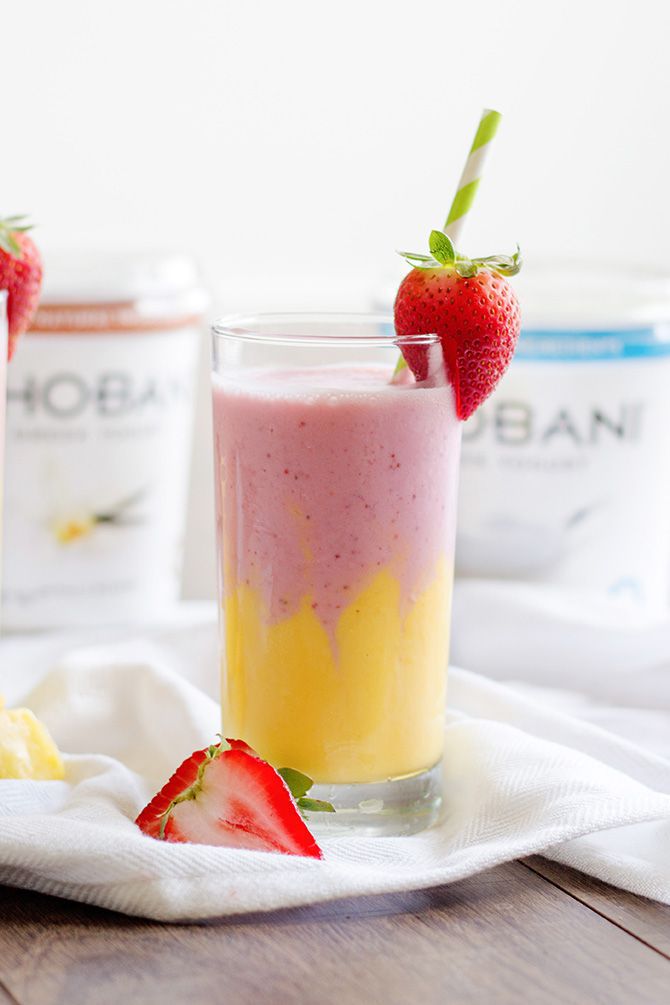 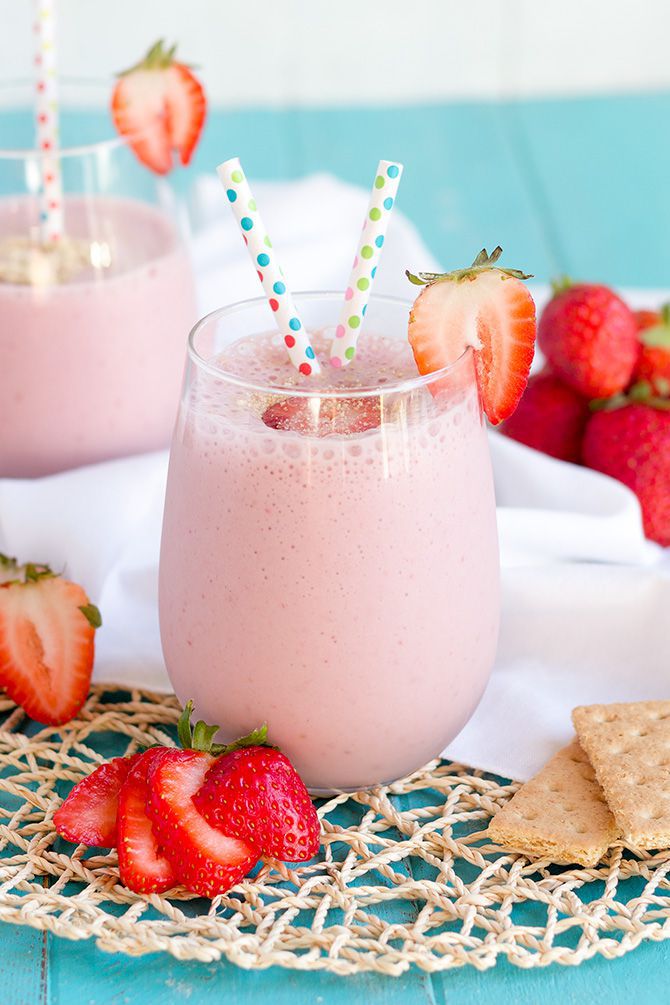