This is one of the largest aquariums in North America and should definitely be on your visitation list. Atlanta in and of itself is an amazing city and has a… 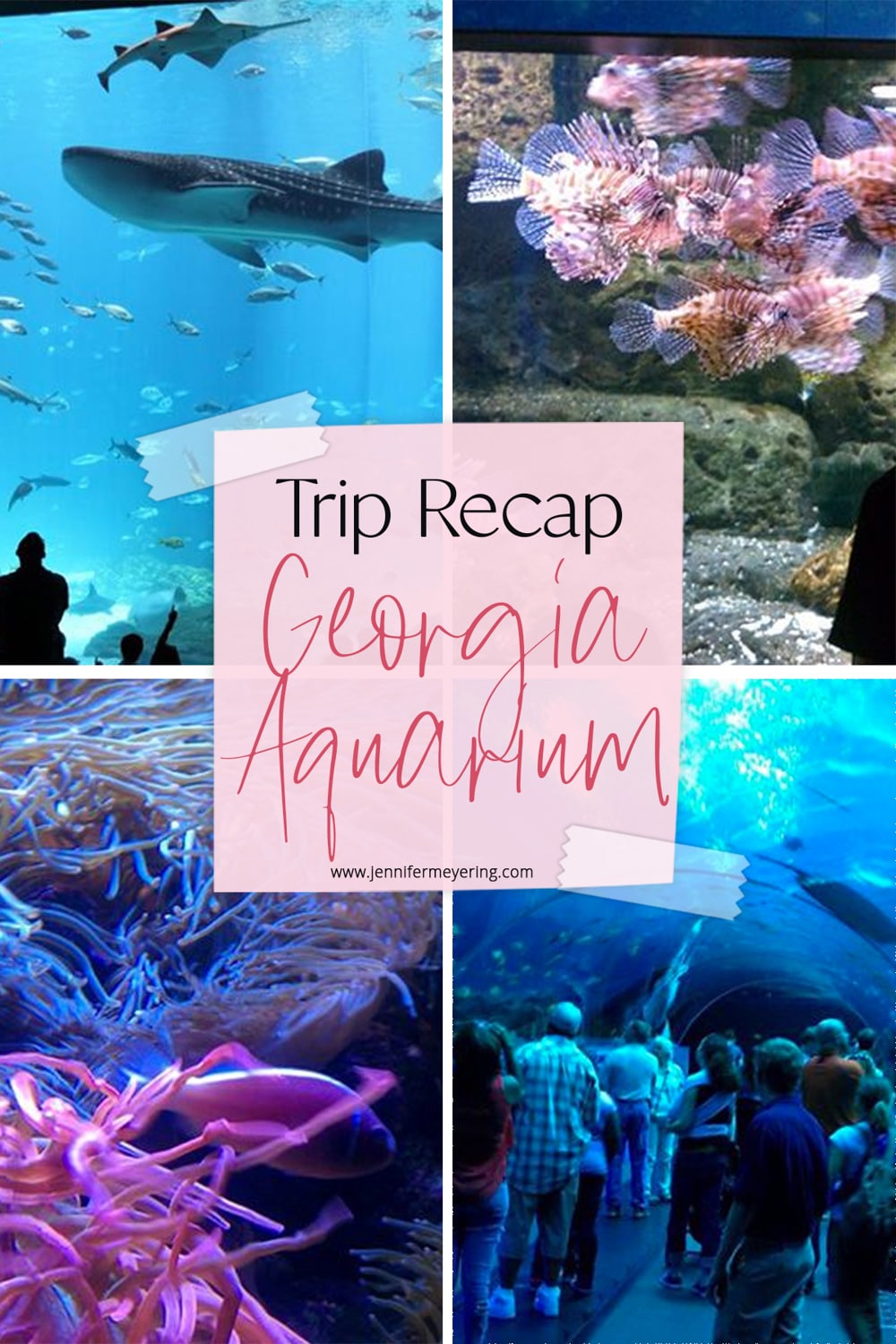 This is one of the largest aquariums in North America and should definitely be on your visitation list. Atlanta in and of itself is an amazing city and has a lot to offer in addition to aquatics, making your trip definitely worthwhile.

Tickets range from $35-40, depending on age and season.

Total time to peruse the exhibit will likely range from 3-5 hours depending on time of year, weekend vs weekday, and if you take in the shows.

From the Website, the Georgia Aquarium proposes that they “feature more animals than any other aquarium in more than ten million gallons of water. Through a path of more than sixty exhibits, the Aquarium tells a global water story, with features modeled after the greatest zoos and aquariums in the world. Each majestic exhibit is designed to inspire, entertain and educate.”

The atrium is large and opulent. From here you can enter into the various exhibits.

The GA Aquarium boasts over 100,000 fish displayed in five main galleries and 60 habitats in the more than 500,000 square foot building. There is a 6.2 million gallon pool in which 1.8 million pounds of salt and minerals have been dissolved housing two very large whale sharks, displaying themselves to visitors through acrylic walls that are two feet thick.

Here you can barely see the division of the acrylic seal. Full scale planning went into the master design of this exceptionally large main exhibit.  A stainless steel “commissary” behind the scenes holds 20,000 pounds of frozen food at minus 20 degrees Fahrenheit. 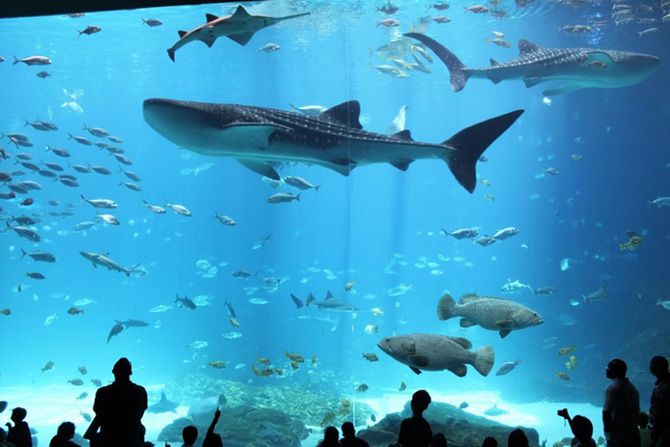 Over to the entrance there is a large lionfish exhibit which had some of the largest lionfish I have seen outside of diving off the Florida coast. Most of them appeared to me to be either black or red volitans.

If you are a reef hobbyist, you know that lionfish have become an epidemic off the coast of the southern US and into the FL keys and the Caribbean due to releasing of them by hobbyists unable to care for them. 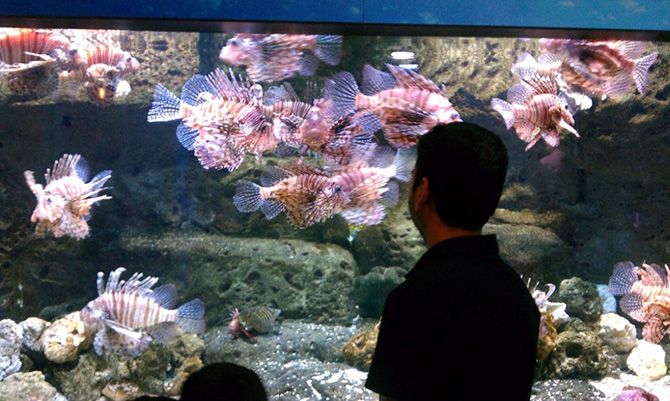 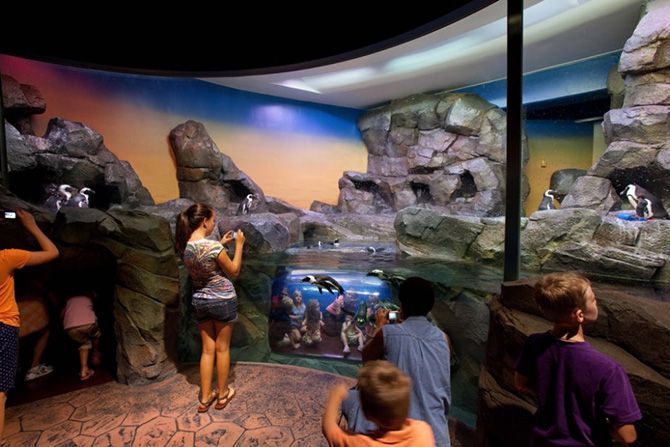 From my examination, it appears that most of the inhabitants from the cold water tanks come from the Puget Sound region of the US coastline. They do have some mixed species aquariums as well, however the location classifications appear to be co-mingling. 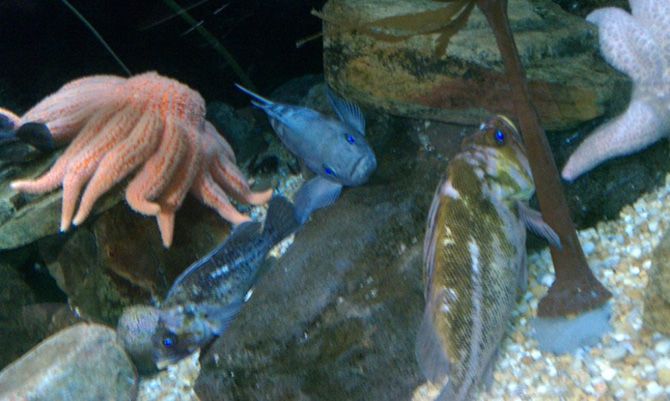 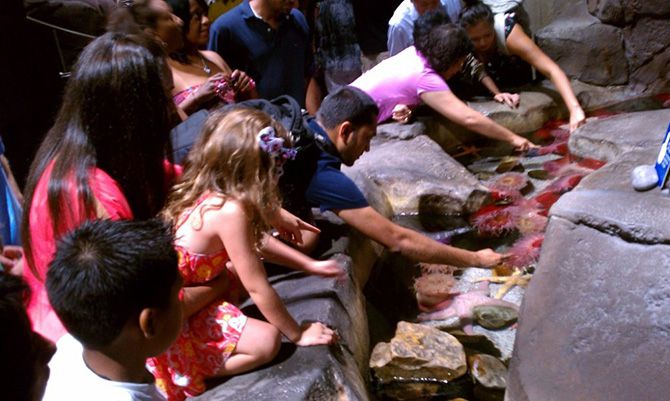 The Ocean Voyager exhibit has a fantastic tunnel that you can walk through under one of the main exhibits.

Whale sharks that call this tunnel home; they’ll swim right over your head. Lots of sharks, rays, grouper, and schooling fish, look-downs, sea bass and the like populate the main exhibit. 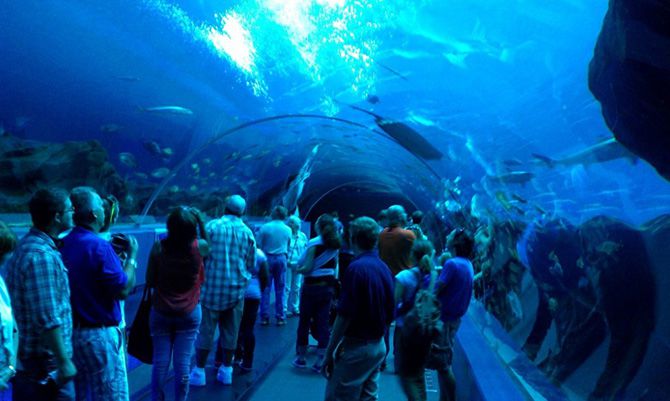 River Scout highlights wildlife of rivers from Georgia to Asia, including a large exhibit of Amazonian fish. Highlights here were the African electric eels and the massive black spot piranha and pacu tanks.

If I can remember correctly there was possibly an arowana exhibit in progress but I didn’t see arapaima or south American arowana when I toured. 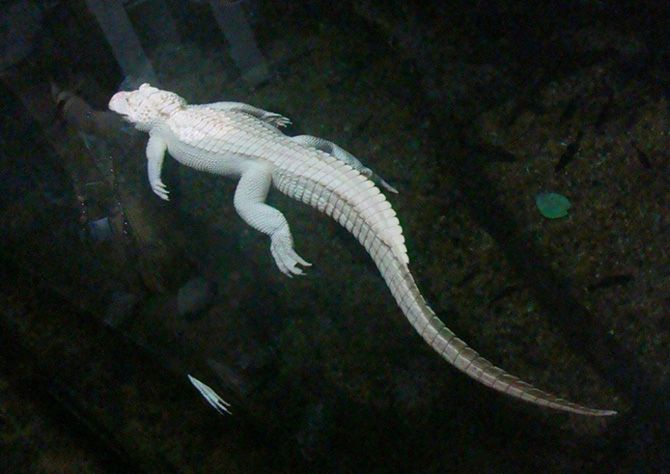 Also there was a really nice African cichlid tank as well. Nothing on the one at Busch Gardens, but great nonetheless.

Tropical Diver features reef exhibits with three jellyfish exhibits also located here, as well as a floor to ceiling reef tank, with what appeared to be a combination of live rock and man-made rock jettisons. This tank was filled with Caribbean and Hawaiian reef species of fish and what appeared to be mostly soft corals with local SPS.

Lighting appeared to be a combination of natural sun and strategically positioned halides. Tons of yellow tangs, many of them shoaling, which was really nice to see outside of the wild. thousands of anthias, many ornate wrasses as well.

They have a small kiosk to tell you about the reef fish if you don’t recognize them. 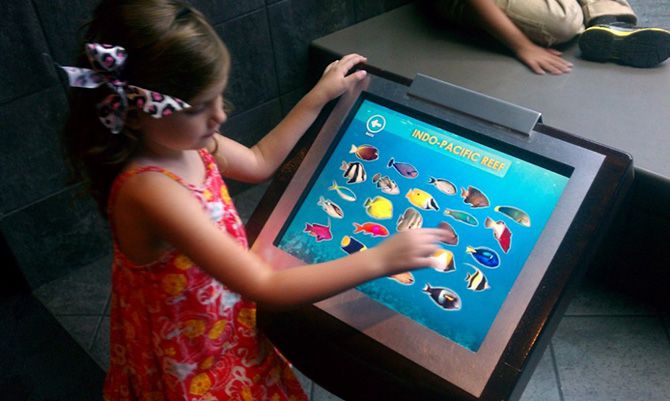 They have spotlights on the moon jellies which make them appear colors, but their basal color is translucent. The tanks were your typical round or cylindrical tanks with slow moving circulation so the jellies would not get trapped. 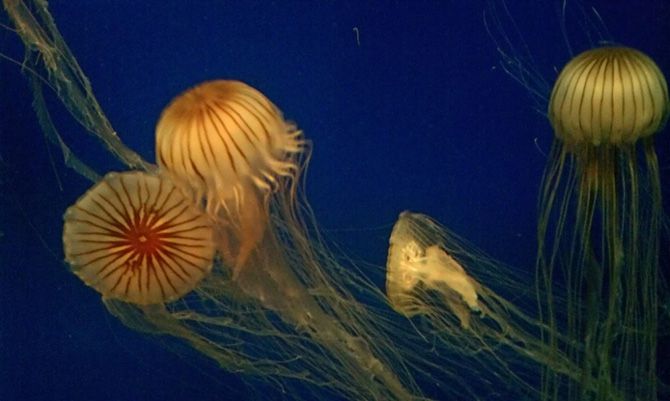 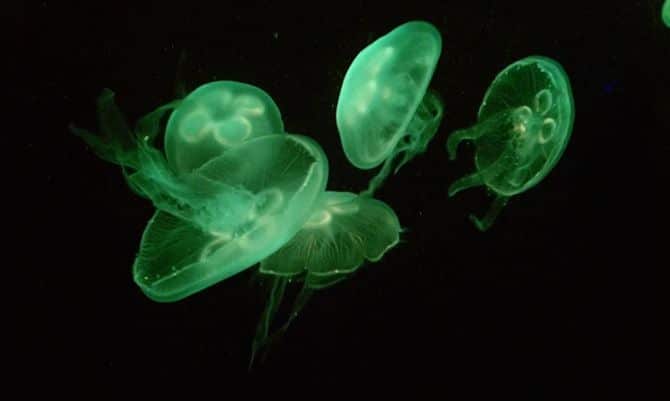 A number of behind-the-scenes tours are available, including ‘Journey with Gentle Giants’, an opportunity to swim or scuba-dive with whale sharks and tons of other fish in the Ocean Voyager exhibit.

Fees are steep: $190 for swimmers and $290 for certified divers. The swim/dive tour is limited to six people a day and reservations are booked months ahead, so plan early. For another $50 you can purchase a DVD of yourself swimming with the fishes to take home.

Other tours are less expensive and allow guests to visit areas typically off-limits to see how these creatures are cared for by staff. 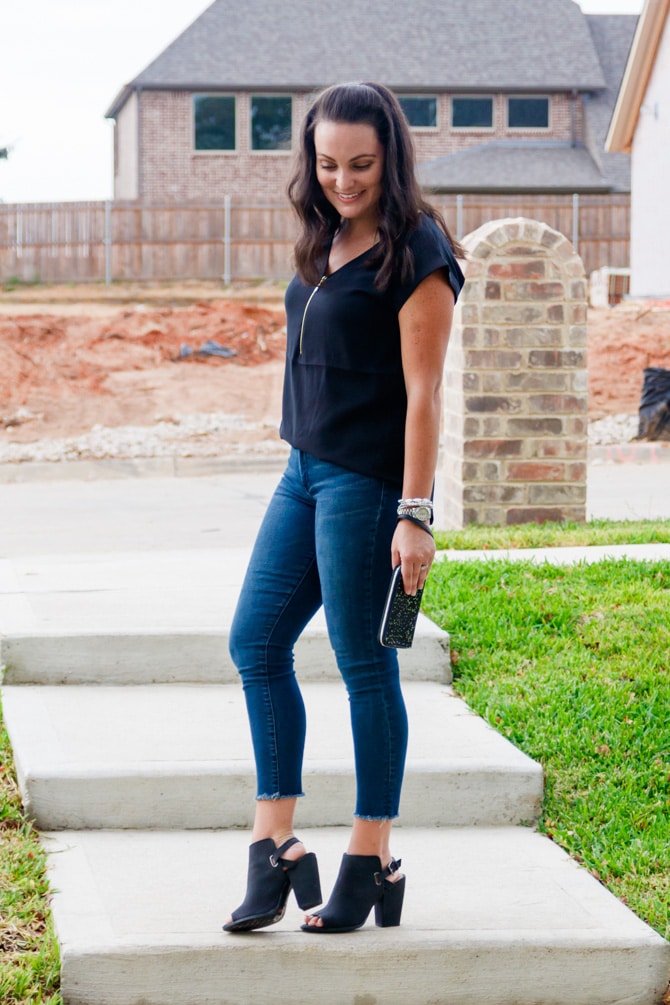 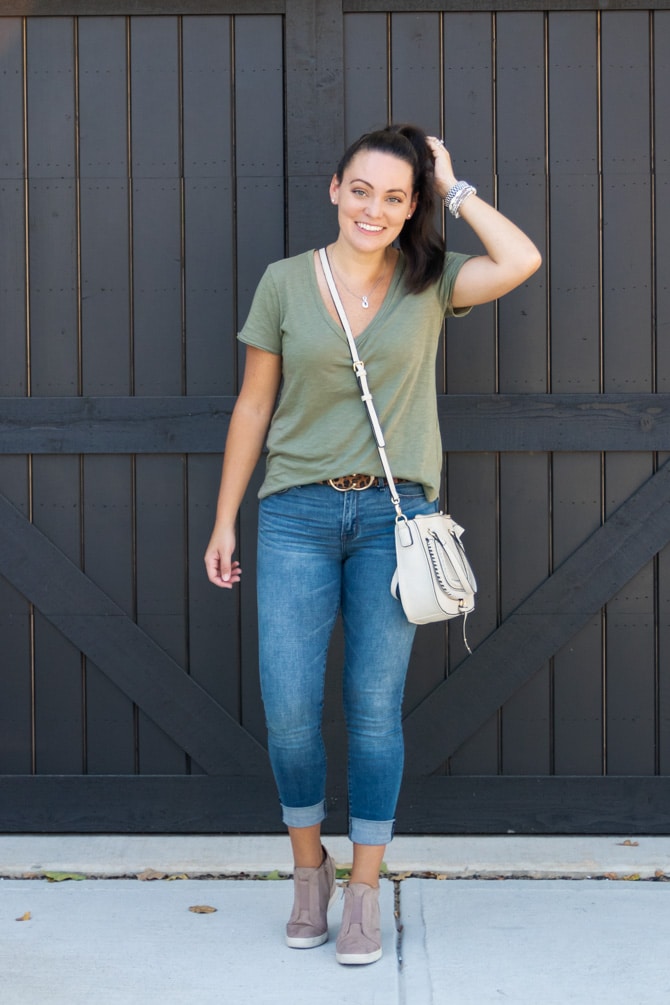 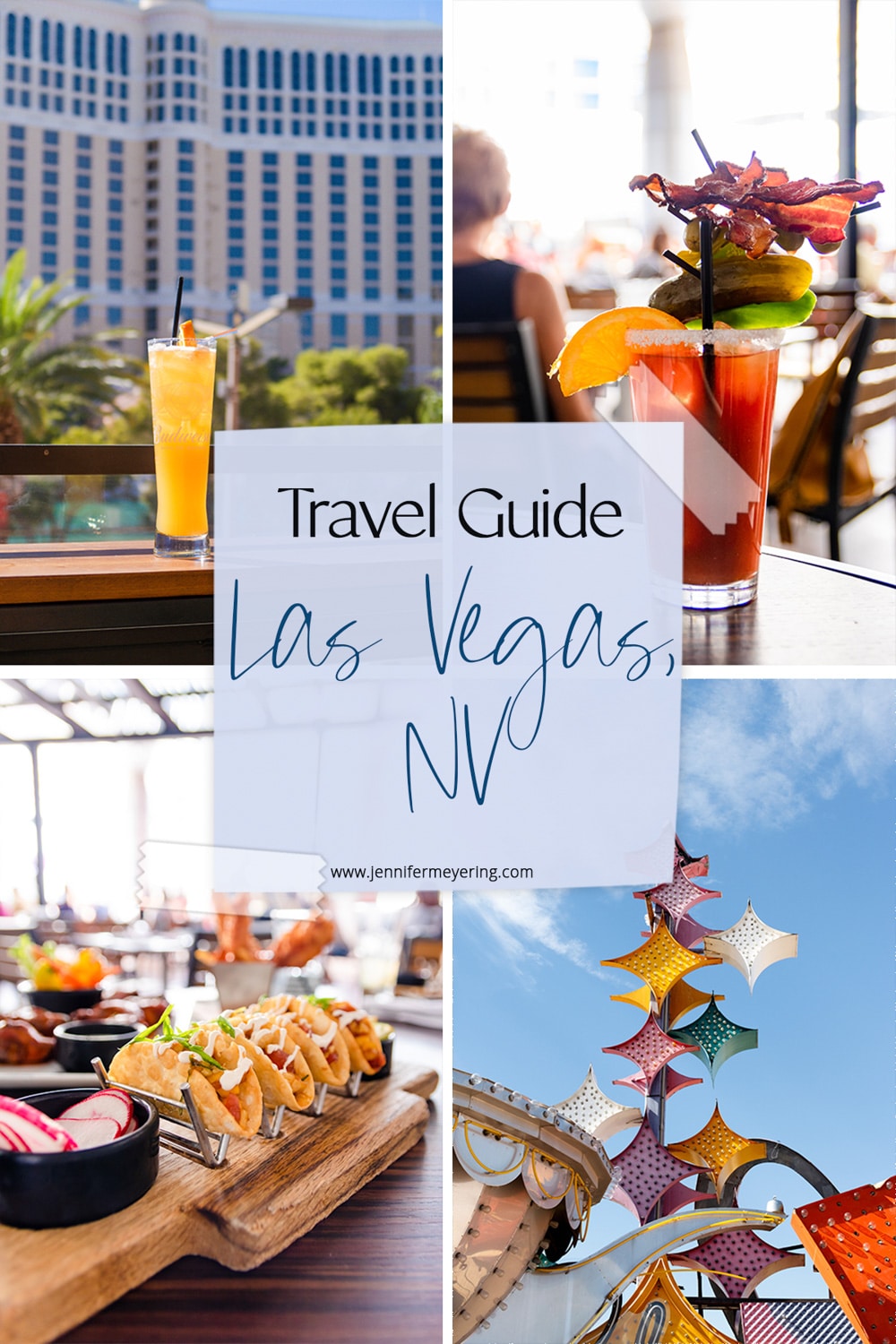 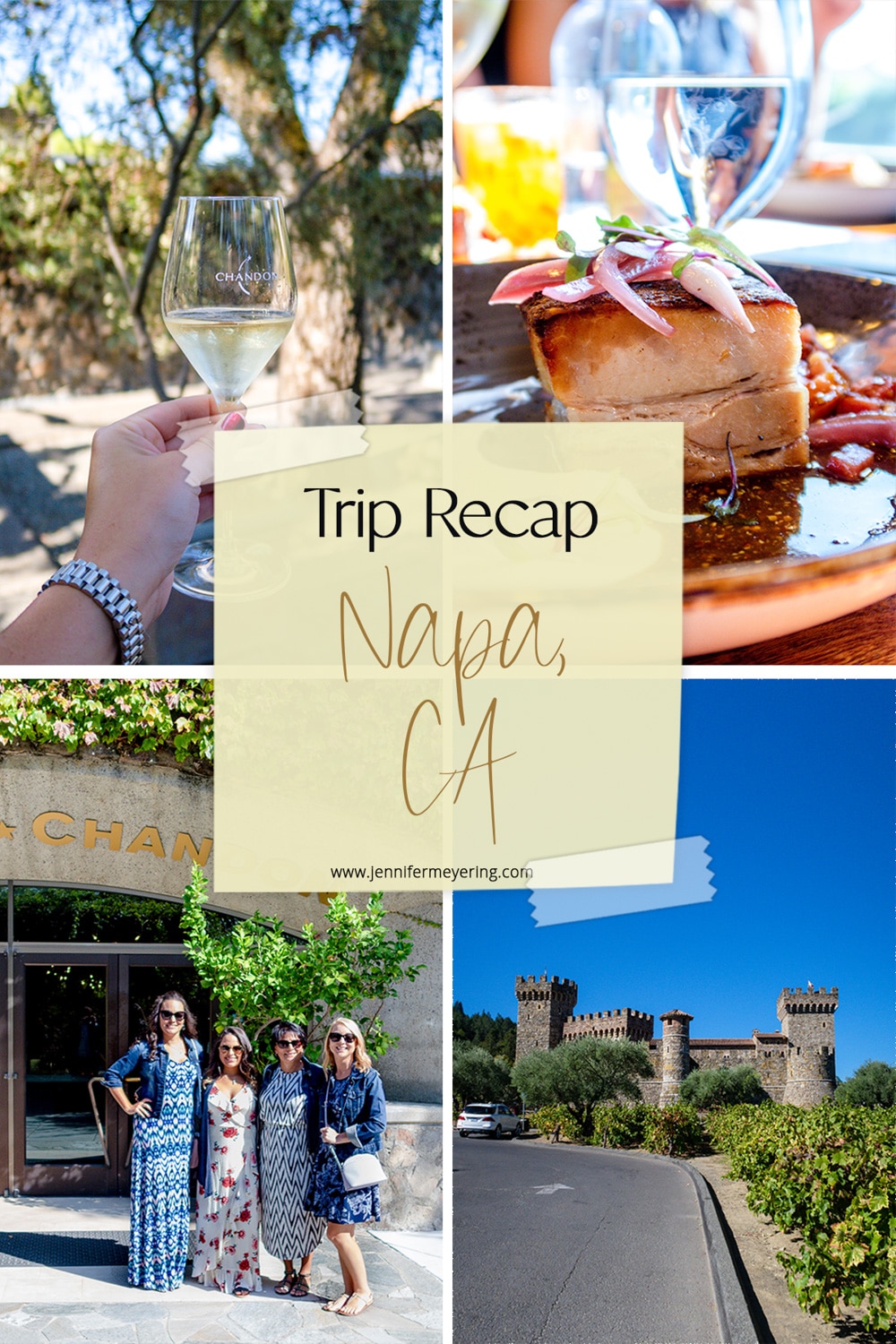 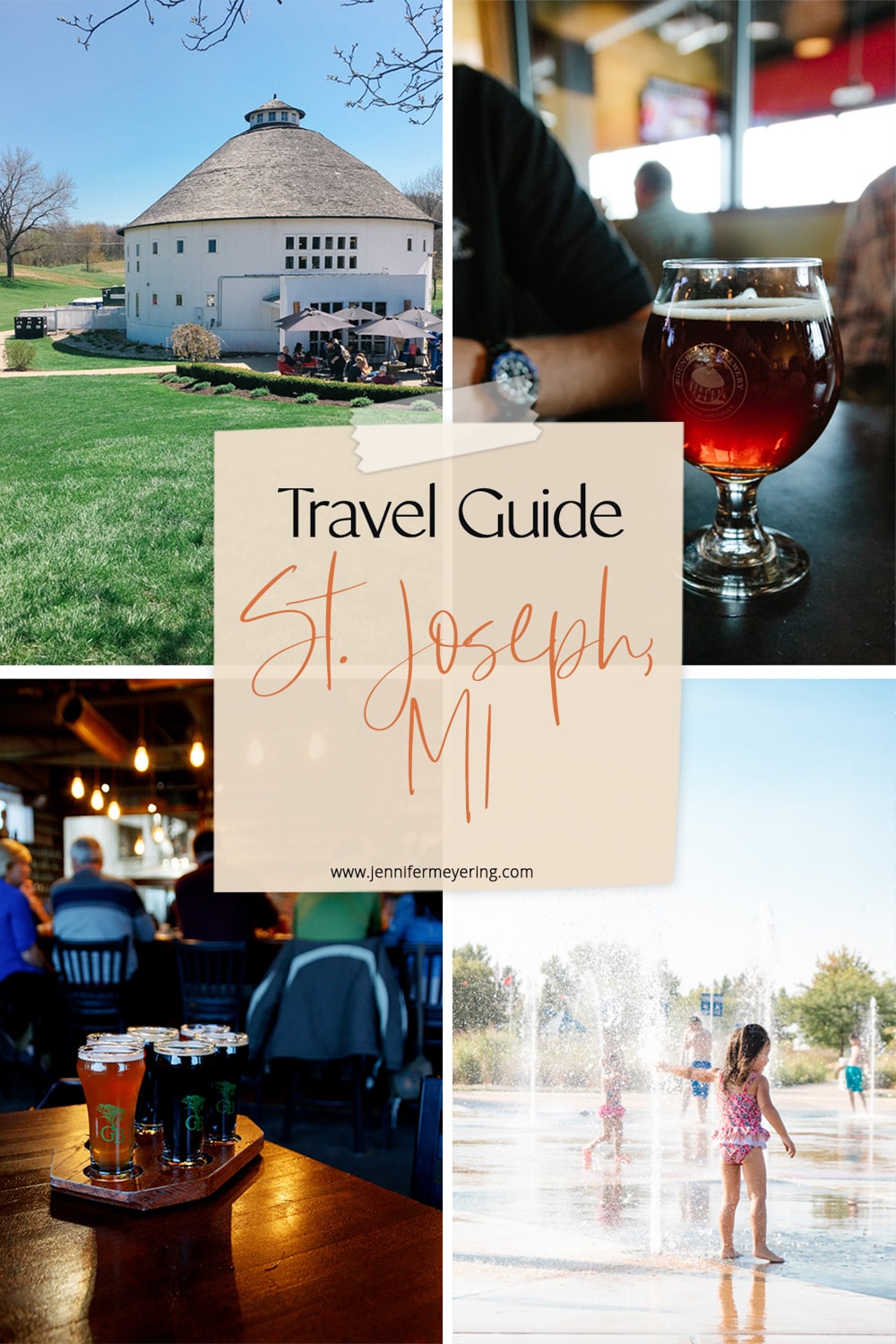 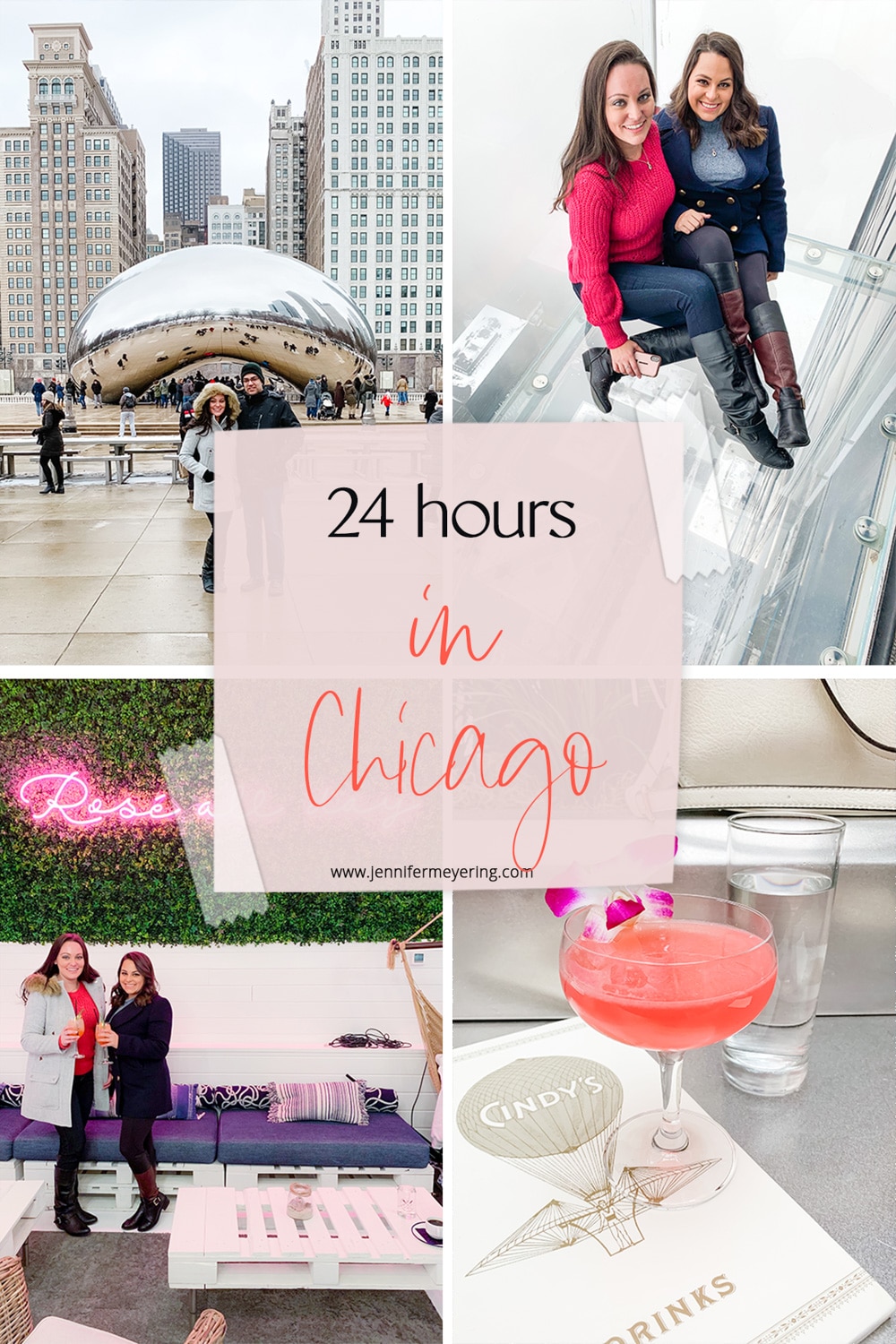